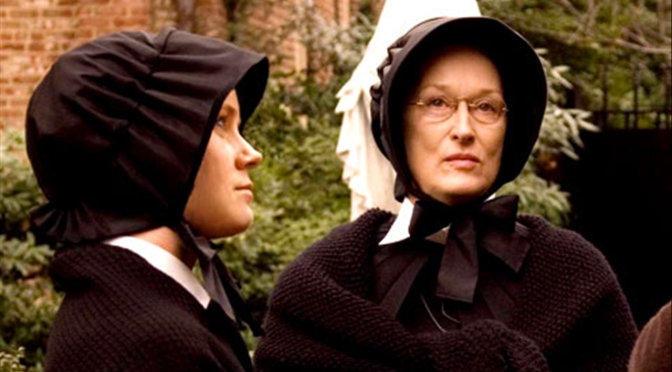 If that’s true, then the first choice we make, time and time again, probably has far more to do with the outcome than any of the other choices that follow.

Perhaps it’s easier to think about doubt and hope more simply. Imagine you come to Interstate 5. Turn one way and without a care in the world you can drive all the way to Canada.  Turn the other way and it’s margaritas and sun soon enough.

But if someone gives you directions that start with “Go south on I-5” and instead you go north on I-5, well, you’re screwed. Every single direction from there on out is wrong, no matter how right it may seem at the time. The only way to course correct is to turn around, go all the way back and start over.

It’s the same with doubt and hope. Through each day in decisions large and small, we are given directions that start with go north or go south. Head to hope or wallow in doubt. From then on, the rest of the thing is sort of decided. If you go the way of doubt, the result will inevitably far different than the way of hope.

I suspect if given as a question on quiz–something like this: Which would you prefer, doubt or hope?– most of us would write down hope. But life isn’t much interested in our written answers. It’s what the choice we make with our actions that counts. I’m no scientist, but I suspect far more choose doubt. The result show. A lot of people lost wandering around the desolated parts of “I-5,” nowhere near their intended destination.

One of my favorite quotes is from a psychologist named Rollo May. He said, “Man is the strangest of all animals. He is the only one who runs faster after he has lost his way.”

We don’t only choose doubt, we floor it and race to it with abandon.

I started this by saying I don’t hear people much talk about the power of doubt. I do hear them talking about its crippling nature, however, which suggests a fierce, debilitating type of power whether we acknowledge it or not.

This is a more common theme. Doubt is not just powerful, it’s ruinous. Perhaps you’ve seen the glorious musical Les Miserables? When the ramrod legalists Javert is confronted with grace and love, he is not only void of hope, he becomes crippled with doubt. He sings out to the unyielding strength of the stars to course correct. In the end, the newfound doubt is too crippling. He leaps off a bridge to his demise.

This begs the question: If doubt is so devastating, why do we do it so much? Why do we, in fact, choose it over hope. We take that first wrong turn down I-5 knowing where it will lead.

Now that’s the strangest of all animals.

Choose hope. It takes a conscious choice. It takes action and then determination to stay the course even when the rest seems odd and unknown. Hopefulness requires a bit of tenacity and endurance, but life is like  a riptide, pulling us ever back toward doubt.

But here’s the real sneaky part of this whole thing, the detour on the otherwise clear highway. When we choose hope, where do we place it? Nothing cripples so much as hope misplaced, turning to doubt, challenging all we once believed in. Return again to the case of Javert. It wasn’t a loss of hope that killed him, but a lack of grace. He couldn’t accept it.

Grace may just be the thing that fuels our hope in a way that is headed truly in the right direction.

When such doubt creeps in, I’m reminded of a movie of that name, called simply Doubt, that starred the late, great Phillip Seymour Hoffman, Amy Adams and Merryl Streep. Streep, of course, is an actor without peer, as something like 18 Oscar nominations can attest. But the very last scene of Doubt, where her Javert-like personality cripples before our eyes under the weight of doubt.

Crying she says, “I have doubts. I have such doubts.”

Her hope was built on the wrong convictions, the wrong person and the wrong way she had chosen many, many years before. She too was impoverished of grace. When doubt arrived, it met no resistance.

We are called not just to hope, but to place our hope on that which is resolute and deserving of that faith.

Where does your hope come from? That may be the most important question of all. 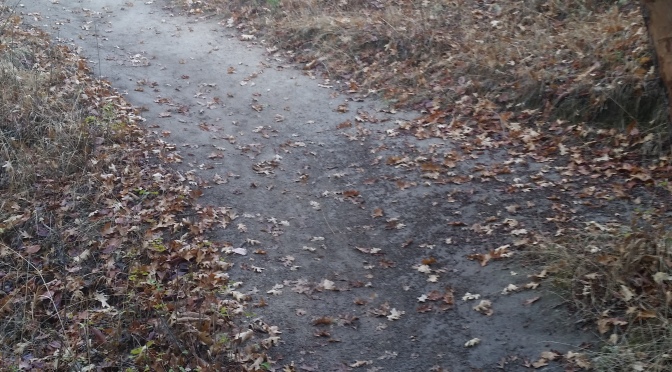 Back in high school I had a life-defining moment when the Living Christ connected with me in a way that assured me of God’s love and interest in me. The Apostle Paul calls this an adoption and that I was now in the forever family of the Divine Trinity, God, Spirit, Son.

I understood nothing of that at the time. I knew only this; Something in the core of who I was had changed. Somehow I grasped that my life, even as it just started out, was no longer my own. I was initially exhilarated in a way I’ve rarely experienced since. I felt it. I basked in it. Love. Belonging. Peace. I didn’t know what my “purpose” or “calling” was, but I knew I had one.

“For I know the plans I have for you, says the Lord. Plans to prosper you and not to harm you. Plans to give you hope and a future.”

It’s thrilling to be young and lost and angry and then suddenly to be found and loved and hopeful. I had a purpose. Whew. I felt joy. But I also felt this nagging toothache type of irritation in my quieter moments when the same thought–I had a purpose, my life was not own–washed over into a slightly different point of view: What the hell did I just go? My life IS NOT my own, I thought with a panic.

I nearly fled. In my mind I pulled it off. I retracted my sign-up form. Only it didn’t take. I wanted my life, but I couldn’t change that experience. I couldn’t un-know the God I now knew.

Me and God go way back, right back to this moment in time on Sept. 21, 1983: the date of my adoption and few days later when my first rebellious panic threatened to erase the best spiritual experience of my life. Since that time, this odd, discordant mix of commitment and escape have continued. I have lived in ways completely counter to my faith, but I did so ever mindful that I was doing exactly that. I chated on God to be sure, but I never wholly divorced God. For reasons that still surprise me, I am confident God didn’t divorce me.

Like Huey Lewis sang, “I’m happy to be stuck with you.” At times I don’t think either of us were all that happy, but we both somehow agreed we were stuck.

More than three decades later and deeper into the throes of this turbulent love affair, I find myself still in panic at times over the all-consuming nature of God. She refuses to be cordoned off to spaces I want her to be. Like water over-running its banks, God floods and saturates me. I am soggy with the presence of God.

So why do I still at times feel so distant from God? Why does my heart for as dry as the dessert? More to the point, why do I still ponder a divorce from time to time?

I confess I ask myself this question more than I’d like to admit: What would I do with my life if I could live it on my own, apart from the standard, hope and future of God’s plans?

Flight is my great neurosis. Not fear of it, but lust for it, as in escape, as in withdrawal, as in going far away to live a life focused only on myself. The thought of screw the world, screw others, screw God can a delicious temptation.

So what if there was no God? What if I was wrong way back then. What the hell does a teenager know anyway? What if all there has been or ever will be is me until the day I am so-called “food for worms” and nothing more. How would I redirect if given the chance to navigate the course of my life?

in fifteen minutes of reflection on specifics I came up with this: Nothing. The two things I might do, flee and drink, are in the end so destructive I doubt even if left to my own devices I’d choose them, because I know if this is all the life I have and there is no life on the other side, I’m not wasting any more of it drunk, alone and purposeless. How strange the knowledge that the things I do now are the things I’d chose to do tomorrow if I decided to divorce God altogether.

It’s not my life, but it is. My life continues to evolve into the one God had in mind all the time. That flooding presence of God is so saturating I can no longer tell the difference between His plan and mine, which I suspect has been the point all along.

What we’re writing about

The Zen of our Dough Garden

All those times we say, "I'm an EFFin Artist, man!" – www.effinartist.com

What’s outside our door

What we are looking at

What you are saying

What blogs we read

Out of Shadow and Ash, Spirit ascends and blazes Light.

Surfer, writer, environmentalist, Dawn Pier lives on the beach in Baja, Mexico and invites you to join her in her adventures on the sea.

Encouraging Others to Encourage the World..

“Experience should teach us to be most on guard to protect liberty when the Government’s purposes are beneficent. Men born to freedom are naturally alert to repel invasion of their liberty by evil-minded rulers. The greatest dangers to liberty lurk in insidious encroachment by men of zeal, well-meaning but without understanding.” U.S. v. Olmstead - Justice Brandeis

Teaching and Learning for a Democratic Society

a former pastor's journey into atheism

One Year in Spanish

Ideas and Resources for Teaching Spanish and MFL from a Spanish Teacher using Mary Glasgow Magazines in her Classroom.

Habits, purpose and a little bit of zen.